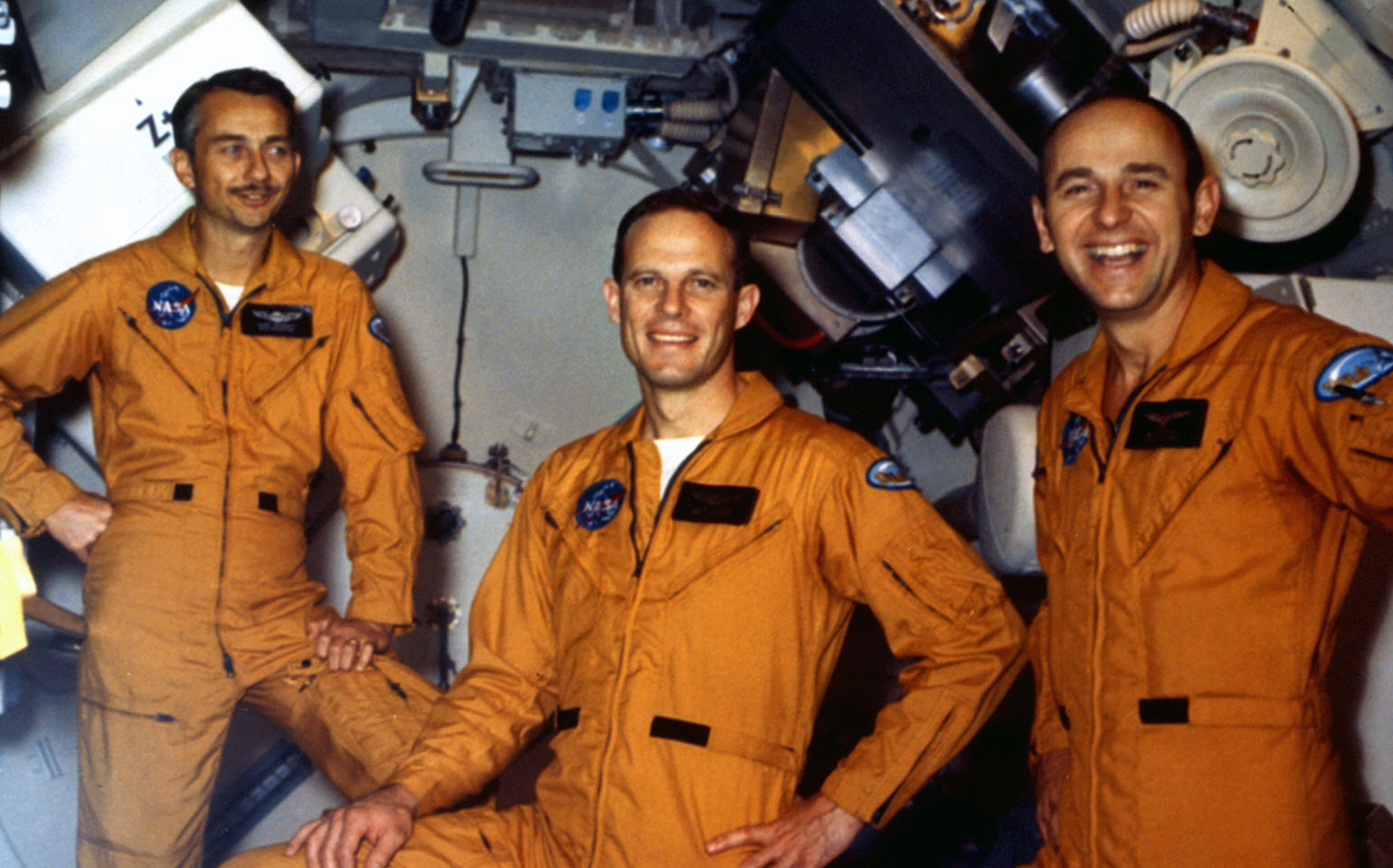 It didn’t take long after Skylab 3’s launch for Garriott and his crewmates to realize that something had gone wrong with their Apollo spacecraft. Upon achieving orbit, a look through the right-most window revealed globules of frozen liquid drifting away into space, debris which was no doubt originating from their vehicle. At the very onset of the long-duration mission, they were confronted with a leak from a nozzle of one of their reaction control system thrusters. Six days later another leak from the opposite side of spacecraft’s service module crippled another reaction control system quad. While docked with Skylab, a coolant leak developed inside the Command Module itself; still another leak began in the primary coolant loop for Skylab’s Airlock Module. And along with the Apollo spacecraft maneuvering thruster failures, Skylab itself suffered the failure of control moment gyros that were used to orient the entire complex in orbit.

You may be wondering at this point how Dr. Garriott, along with Al Bean and Jack Lousma, managed these problems, and how they impacted their productivity in what was planned to be an unprecedentedly long mission. Quite simply, they fixed what could be fixed, and worked around what they could not. And the net impact of all these fixes on the mission? By drastically cutting into everything from sleep time to meal time to off-duty time, they exceeded their planned activity for experiments in the Apollo Telescope Mount by 54%, their medical experiments by 18% and earth studies by 43%…by those metrics making them the most productive crew up to that point in the history of spaceflight.

The path to Owen Garriott’s career in NASA was paved with a remarkable first: he was among the first group of six science astronauts recruited by the program in 1965. Having earned a doctorate in electrical engineering, his assignment to the prime crew of Skylab 3 as science pilot would be a natural fit for a man skilled in a broad array of technological and natural science skills. As a member of the Skylab 3 crew, Garriott and fellow astronauts Alan Bean and Jack Lousma would be the first humans to spend 59 days living and working in space. And his technical skills would be put to tests, in terms of both imagination and endurance, in ways that could scarcely be conceived of prior to the launch of the new orbital station. 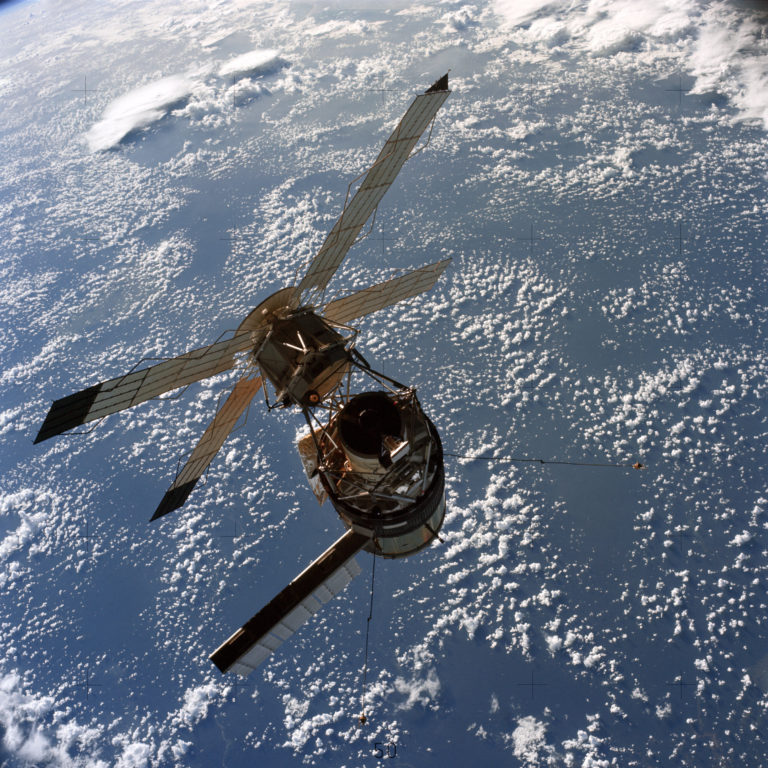 Dr. Garriott contributed to another set of firsts as a member of Space Shuttle mission STS-9, the first six-person crew to fly into space. As a scientist aboard that first mission of Spacelab, the station mated within the payload bay of the shuttle Columbia, Garriott actually became the first man to ever transmit and receive broadcasts over a “ham” radio, which provided him with a platform to comment on the work his team was doing while studying plasma and solar physics, along with their many observations into geophysics. But challenges abounded once again, and this time they cascaded into frightening reality when Columbia prepared for entry at mission’s end: when Commander John Young pitched the Columbia into the proper attitude for entry, the abrupt impulse from the shuttle’s maneuvering thrusters caused one of the ship’s general purpose computers to crash. Shortly thereafter a second computer crashed as well, causing a landing delay of eight hours until that second computer could be reliably booted and checked out (it turned out later that the shock of from the firing of Columbia’s reaction control thrusters knocked solder loose in the first computer, causing a short). As if all that were not enough, the successful landing was followed by the discovery that two Auxiliary Power Units near Columbia’s tail had caught fire due to a propellant leak.